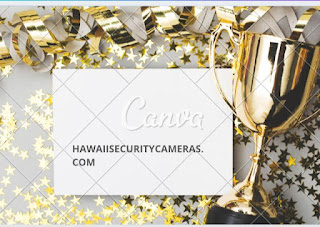 In Dhoni as a mentor, Virat Kohli said “Yes, great knowledge. She is very happy to be back in this place. ”

A day before the start of the T20 World Cup qualifiers, India captain Virat Kohli on Saturday shared his thoughts on his final assignment as India’s T20I captain.

How frustrating was the exit of the 2016 semi-finals as hosts and how much did it inspire you to take a higher step in this regard?

It was very frustrating to go out the way we did, but I thought I deserved it. The West Indies have been the best team in the tournament so far, playing the best cricket as a team, I felt and totally deserved to win. We had a heart attack in Sri Lanka in 2014 and where we lost in the final. We also lost in the final in 2016. That tells us that in terms of our T20 cricket, we have always had a strong side. We are likely to enter the competition and once we are in the playoffs, we can probably go one step further.

How important will Doni be as a mentor?

Yes, a great experience. She is very happy to be back in this place. He has always been a mentor to all of us. When we started our careers, it was up to him to play with the team and now he has a chance to keep doing that job again. Especially for young boys who play big tournaments in their career categories, just get the information they gained over the years and have conversations with him in this game, such practical inputs, complex details of where the game is going and how we can improve our game with that 1 or 2 per cent that always makes a difference where he is the leadership role in any party. We are therefore very happy to bring him back into the process and his presence will further enhance the team’s character and give us more confidence than we already have as a team.

Is Bhuvneshwar’s form in the IPL an area of ​​concern?

No, not at all. His economic status continues to be high, something they are always known for. His experience stands out. If you see the game we played against the Sunrisers and should have ended the game against AB de Villiers, who may have been one of two or three low-profile finishers in the T20 game, he explained or talked in detail about what knowledge Bhuvi brings to the field. Understanding how to hit areas depending on the size of the field and what balls to throw at what time. Even the fact that you are bowing so long and consistently that it is not easy to get away, especially in T20 cricket is a no-brainer. I think his experience and accuracy have always been invaluable to the team and he is back to full strength, which is very pleasing to the team. No matter how little you give, Bhuvi knows how to make the most of that.

Is Ashwin’s return a testament to someone who has always tried to get better and is forcing his way back to a much shorter format?

Yes, indeed. One thing Ashwin did not really improve in his bowling with great courage in white cricket. If you’ve seen the IPL a few years ago, you’ve pulled out some tough overs, taken out the top players in the IPL, like Polly (Pollard) and the striker and he’s not shy about throwing the ball in the right places where spinners can get intimidated by the batsmen. But Ashwin believed in his set-skills and we felt the way he beat bowling and his diversity and speed control, and so much more. The boy has played international cricket and now that he is confident, these people can come in and change the game with their spells. So I think Ashwin has been rewarded for fully developing his skills. He used to take us back in the day, and then he fell a little bit because the spinners on the wrist were much needed in that medium. But now the fingerprint scanners are back in the game, so we too have to change as a team with a changing trend. Ash and Jadeja’s love too, has always been done brilliantly. With the way, he has gone and in the IPL, being a finger-spinner and a bowler with great courage, he really enjoys the team. Like I said, these guys can also be very consistent and know exactly what to do in any situation.

Is India-Pakistan the best match for Indians in the World Cup?

You know, I can talk from my own experience. I honestly never felt that way. I always regard this game as just another cricket game. I know there is a lot of hype created in this game, especially with ticket sales and ticket demands and right now, the number of those tickets is high with humour. That’s all I know. My friends ask me if there are any tickets left, right and centre, and I say no. It’s probably the only change I get in any other game. But other than that, from the point of view of the players, we remain as professional as possible and always approach the game in the most natural way.